Have You Seen Your Mother, Baby, Standing in the Shadows?

Sam is unwillingly but hypnotically pulled back into his childhood when he becomes entangled in local gangster Nick Profaci's assault on a young, beautiful woman. Sam is amazed to discover that the woman, who is oddly familiar to him, is actually his mother back in 1973. While he anxiously attempts to save her, he uncovers two unsolved murders of women that possibly point to the involvement of Profaci and his mob boss, Elliot Casso's. But even more alarming is the discovery that members of the 1-2-5 - including Lt. Hunt - may be mixed up with Casso and his crew and may have prevented justice from being carried out. 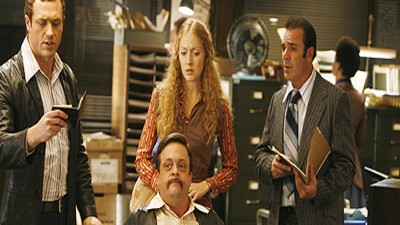