Things to Do in New York When You Think You're Dead

A racial confrontation is triggered between the African Americans and Puerto Ricans in the neighborhood when a young African American girl's body is discovered thrown from a rooftop. Working the case with Sam Tyler and the squad is the cop Sam considers his mentor in 2008 - a much younger Fletcher Bellow - who doesn't recognize his future protege. Tangling with the Black Liberation Army, who is intent on hunting down the Puerto Rican suspect first to levy their own kind of justice, Sam, Bellow and the detectives of the 1-2-5 are in a race against time if Angel Ramirez is to have any chance to answer for the crime. But in the end, Sam must battle the racial attitudes in his own precinct - most notably Lt. Hunt and Detective Carling - and a dramatic standoff on the same rooftop leads to gunshots being fired. 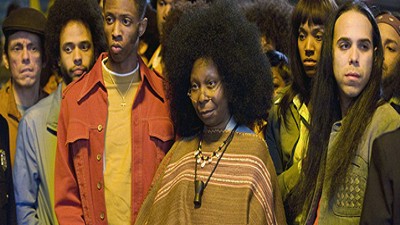